The College is a totally modern school, having recently had great improvements to its buildings.

At Pakenham Secondary College, we aim to develop the whole person. Academic results that are constantly improving are complemented with excellent sporting and co-curricular participation. More than ever, the College is providing a range of pathways for students to follow with confidence.

I am proud of the achievements of our school. We will continue to offer a strong and positive future for students who become part of our College.

Welcome from the school captains

We are honoured to receive this opportunity to lead and grow within this great school.

Our goal for the year is to implement positive changes to the school that have been asked for and needed by members of the college.

Students have had the opportunity to voice change through student surveying.

Along with the school leadership body and under Principal Ray Squires’ advisory, we aim to implement a lasting culture of school pride and leadership, along with any other improvements we see as required. At Pakenham Secondary College, our students are at the centre of all that we do. We aim to develop the whole student and create pathways for their future. The College’s values hinge upon the acronym SOAR, which in turn has inspired the eagle in the school’s logo.

Everyone is accountable for their actions. Being organised, on time, prepared, polite and supportive are important values of our College. We respect our school uniform and understand the impact of our behaviours on others.

O stands for Opportunities for all

Our main role at Pakenham Secondary College is to provide learning and development opportunities. Academic and welfare support, extra curricular activities, a role in decision making and an acceptance that all students can, and have the right to, learn support this endeavour.

A stands for Achieving personal best

We expect all members of the school community will do their best. This can only occur with a learning focus, strong work ethic and regular attendance. The College sets high expectations, supports persistence and celebrates achievement.

R stands for Respect and relationships

Good relationships among all members of the school community are crucial. We accept others and are tolerant of different views, respecting the rights of teachers to teach and students to learn. The College promotes teamwork, a clean school and a sense of belonging. A six-stage update to the College, which began in 2001, has added new life to our facilities. Students at Pakenham Secondary College have an outstanding set up for education.

The College is home to large amounts of open, green space that includes areas for sport, free play and gardens.

To learn more about our College, please click below to download a copy of the school’s major reports. Each report is in PDF format.

The story of our school 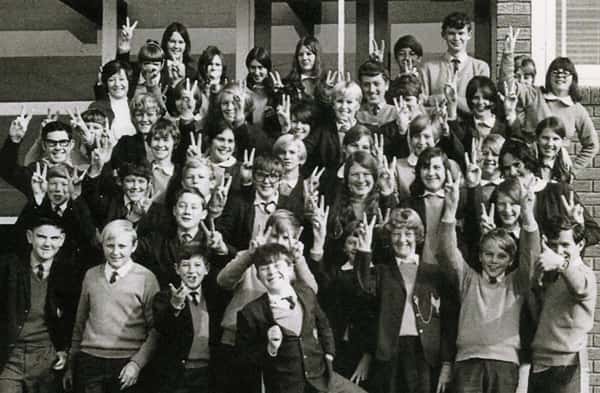 The early days
Pakenham Secondary College was established in 1967, in the days when Pakenham was a country town. First known as Pakenham High School, the College found its current location in 1970, when the school was home to 600 students.

The school’s first principal was Mr Alex McCulloch. In 1969, Mr Lindsay Thomson moved into the role. In a unique twist, the current school site was opened by then state education minister, Mr Lindsay Thompson!

Expansion
It wasn’t long before extensions were needed to better serve the growing population of the then Shire of Berwick, with five classrooms added in 1972. Even more additions were needed in 2001 with the beginning of a six-stage, $12million building programme that has completely updated the College.

Alumni
Some well known former students of the College include footballers Lachie Hansen and Tyson Goldsack, community leaders Brett Owen and Brian Paynter, and businessman Daniel Madhavan. Lower profile but no less important are the hundreds of graduates who do great work in our local areas.

The College’s vision is to support every student in their aim to find a pathway through their learning years and into a job, and we have committed to continual improvement in academics, attendance and support.